How US Insurance Companies Have Been Complicit, and Why Patients Are the Real Losers. 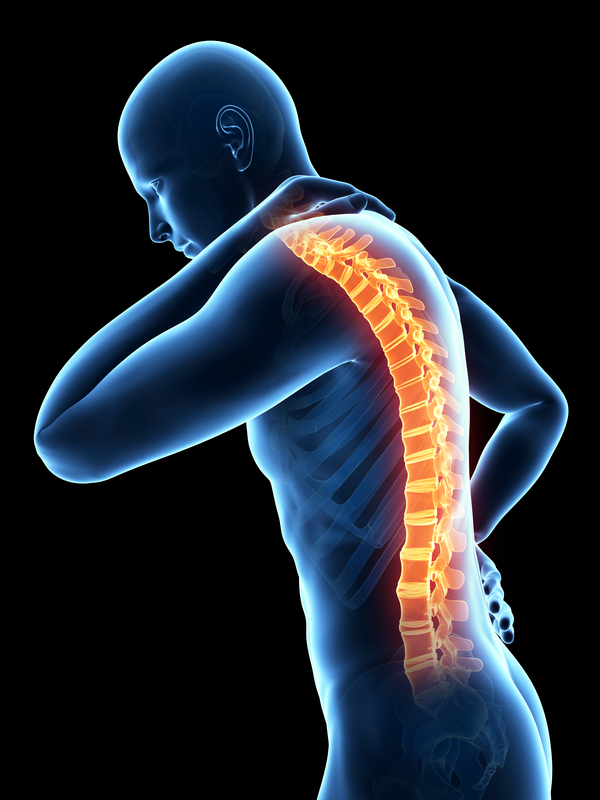 Each year, thousands of Americans who suffer from one of the most common types of chronic pain are forced into a primitive surgical procedure that fell out of favor in most other medically-advanced countries decades ago. Patients who have this procedure face a long, painful recovery period, a future of permanently compromised mobility, and a likelihood of future surgeries.

An alternative procedure has had FDA approval since 2004. Hundreds of thousands of those procedures have been done successfully overseas, and multiple long-term studies have demonstrated clear superiority in patient outcomes, re-surgery rates, and medical and societal costs.

It’s cheaper, has much better results for patients, and would keep thousands of people from requiring repeat surgeries. So why do most U.S. insurance companies still refuse to cover it and most U.S. spine surgeons never been trained to perform it?

It is estimated that over 80% of the U.S. adult population is now suffering or will suffer from significant, debilitating back pain, due either to injury or simply the effects of aging and gravity on the spine. Many receive a broad diagnosis of Degenerative Disc Disease (DDD), in which one or more discs become so damaged that they no longer properly support the spinal column, causing painful impingement of nerves in the spine. Others suffer the effects of spondylolisthesis (“slipped disc”), spinal stenosis (narrowing of the spinal cavity), scoliosis (curvature of the spine), or other painful spine conditions that can cause moderate to severe pain. While the majority of back pain symptoms are reduced or resolved with time or respond to conservative non-surgical treatments such as steroid injections or physical therapy, a large number of patients have symptoms that simply don’t go away.

Due largely to outdated, self-serving, and biased insurance company policies, patients who everyday face chronic, non-responsive back pain have very few and very poor choices. Either they continue to live with the pain – many unable to work or even conduct the normal activities of living without highly-addictive pain control drugs like oxycodone – or they face spinal fusion, a risky, drastic surgical procedure which will leave them with limited spinal mobility, a proven risk of further spinal degeneration, and a long and difficult recovery period.

Why? Because despite the existence of ADR (Artificial Disc Replacement) surgery, a long-proven, thoroughly studied alternative procedure with clearly demonstrated better patient outcomes, significantly shorter recovery time, and lower costs, their insurance companies refuse to cover it, branding the procedure “experimental” or “investigational.” Examination of the Medical Policies regarding ADR for major insurers such as Blue Cross/Blue Shield, United Healthcare, Aetna and others reveals that the basis for the “experimental” or “investigational” designation is an outdated body of research that has been “cherry-picked” to support the insurer’s bias for supporting spinal fusion over ADR.

Patients forced into spinal fusion because they can’t obtain coverage for ADR and cannot afford the out- of-pocket cost of paying for ADR themselves face an average of 18 months of recovery time while the fusion’s bone graft heals. Particularly for those who were unable to work before the surgery, the extended time out of work and resulting loss of mobility can easily mean the loss of a job or even a career, as it would, for example, for an airline pilot whose job requires “normal” spinal mobility. In addition, the future for fusion patients includes a statistically real likelihood of a repeat surgery when the discs adjacent to the fusion sites give way to the strain and torque caused by the fusion, a condition known as Adjacent Disc Disease.

By contrast, for the fortunate patient able to obtain ADR, the average return-to-work time is 6-8 weeks, and because ADR is designed to preserve spinal mobility rather than permanently block it, they are unlikely to require a repeat surgery.

A simple online search of patient spinal forums reveals the clear and heartbreaking divide between those who can manage to obtain ADR and those who are forced to settle for fusion.

Why do the insurance companies continue to favor fusion when it is clearly an inferior choice for most patients? One reason: Doctors are more familiar with the procedure and it pays more.

ADR, also known as Total Disc Replacement (TDR) or disc arthroplasty, is a procedure in which a surgeon removes one or more diseased spinal discs and replaces them with a man-made replacement device in order to restore height and movement between the vertebrae. ADR was developed over 30 years ago. While it has been slow to take hold in the U.S., ADR has become accepted practice in the medically- advanced countries of the EU, Asia, and elsewhere as a much preferable alternative to spinal fusion for selected patients.

In 2004 the US Food and Drug Administration (FDA) approved the first ADR device for use in the U.S. Since then there have been several dozen ADR devices, both cervical and lumbar, that have gained FDA approval. Since the FDA classifies artificial discs as Class III medical devices, they fall under the FDA’s most stringent regulatory requirements. The FDA grants Pre-Market Approval (PMA) only after reviewing extensive evidence, including non-clinical laboratory studies and Randomized Controlled Trials. PMA then requires that device manufacturers conduct long-term studies to evaluate device safety and efficacy. All of this has been done for approved devices such as the ActivL, ProDisc-L, ProDisc- C, Mobi-C, Prestige LP, and Maverick discs, among others.

The first device to receive FDA approval, Charite, was withdrawn from the market in 2011 after design flaws caused problems with device performance. Although later devices addressed these problems, many insurance company payer “holdouts” who persist in labeling ADR experimental and/or investigational continue to point unreasonably to the failures of the early Charite device.

Over the last decade, an extensive list of peer-reviewed medical literature has been published in journals such as Spine, International Journal of Spine Surgery, Journal of Neurosurgery, European Spine Journal, and many others which demonstrate the safety and efficacy, as well as improved patient outcomes, for ADR vs. spinal fusion. Meta-analyses of ADR device studies and trials are also readily available by searching databases such as Medline, Embase, BIOSIS, Ovid, and Cochrane. Globally, the number of patients who have had ADR surgery at one or more cervical and/or lumbar vertebral levels now numbers in the hundreds of thousands.

Yet many large U.S. health insurers still routinely reject most ADR as a covered procedure, even for their insureds who clearly fit the FDA patient selection criteria. These insurers continue to treat ADR as an “experimental” and/or “investigational” procedure despite decades of success, many years of long-term study data, and many FDA-approved devices on the market today. Despite 12 years of FDA approval, patients who cannot afford to pay for the procedure out-of-pocket are forced to accept the blunt instrument of spinal fusion. Those who can afford to pay for ADR themselves must often travel overseas to one of many ADR specialists such as Dr. Rudolf Bertagnoli in Berlin, who has performed over 6,000 ADR procedures.

Why does this situation continue to exist, when it so clearly harms the patients that need ADR most?

Simply put, spinal fusion is a procedure that U.S. spine surgeons have experience with and feel confident performing and for which they are well-compensated. Not so ADR.

Spinal fusion surgery is generally done via a posterior approach (from the back), a procedure with which most spine surgeons are familiar and confident to perform. Although the procedure involves cutting through the muscles of the back and requires a bone graft to fuse the spinal segments, the risk of damaging other systems or organs is relatively low.

By contrast, ADR surgeries are generally done via an anterior approach (from the front), a technique which requires considerable skill and experience and one which can have quite a steep learning curve, even for an experienced surgeon. While the anterior approach for cervical ADR requires an incision through the throat, the approach for lumbar ADR is more complicated because it requires an incision through the abdomen, involving access to the “great” vessels, ureter, and bowel. Surgeons like Dr. Bertagnoli and the Texas Back Institute’s Dr. Jack Zigler, who are expert in the “anterior retroperitoneal approach”, point out that spine surgeons need to develop good technique in working in the retroperitoneum before even considering lumbar arthroplasty training. “Preparing and mobilizing the (lumbar) disc space requires a different mental and physical skill set than does fusion surgery,” as Dr. Zigler stated in a November 2016 article for Orthopedics This Week.

Due to the sensitivity and risk of vessel damage with the lumbar ADR technique, many surgeons would need to pair with an “access surgeon” such as a vascular specialist. This “sharing” arrangement means additional coordination and collaboration, as well as dilution of fees.

Costs and Why Code Bundling Makes a Difference

Just as important as price is the way in which medical billing codes are assigned for the different procedures. Current Procedural Terminology (CPT) is a system developed by the American Medical Association that assigns codes to every medical service that can be submitted for reimbursement to Medicare or an insurance provider. Some CPT codes combine several services (such as a medical device plus surgical fees) into a single code, ensuring a higher payment per procedure. In the case of spinalfusion vs. ADR, to make a long story short, bundled coding has always favored fusion in terms of provider reimbursement. This situation has shown some signs of equalizing, but current CPT coding still bundles codes to pay more for fusion than ADR, making it harder to attract physicians to make the effort to train to perform ADR.

By comparison, the average cost of ADR in Germany, regardless of coding, is considerably lower even with the additional cost of travel. This makes g it an attractive alternative for U.S. patients willing to pay for the procedure out-of-pocket.

The above factors have effectively left U.S. patients who cannot afford to pay out-of-pocket for ADR – especially those needing the technically more challenging lumbar procedure – to consider the drastic and often-debilitating procedure of spinal fusion as their only option. Well aware of the situation but hiding behind outdated and biased information to support their continuing refusal to provide coverage for ADR, insurers have created a vicious circle (see diagram below) whereby U.S. surgeons continue to perform fusions and their accompanying re-surgeries rather than developing the skills and experience to perform ADR. This vicious circle persists to the detriment of individual patients, their employers and families, and to our healthcare system in general.

For patients: This means longer recovery times, a likely future of re-surgery, and a poorer outcome.

For our healthcare system: This means the U.S. remains behind in a surgical procedure that other countries long ago adopted as a best practice, and one that has a lower medical and societal cost.

What Can Be Done About Insurance Denial for Back Surgery?

This may seem like one of those big, thorny healthcare issues too deeply rooted in history and entrenched policy to allow much hope for reform, but I believe there is a lot that can be done. Our office continues to pursue reimbursement claims on behalf of ADR patients, to work directly with spine surgeons and device manufacturers seeking wider ADR coverage, and to pursue potential bad faith and class action suits against insurers who force insureds who are medically-qualified for ADR into accepting spinal fusions.

Gradually, we believe these kinds of efforts along with increasing pressure from the medical community, device manufacturers, and from individual insureds will force more payers to relent and recognize that ADR is what’s best for many patients.